When I built my first DIY camera I started the project with the intention of building a 6x17. Somewhere down the road I convinced myself that building a multi format camera would be a better idea. Sooner or later I had to rectify this misconception. Don´t get me wrong, I loved building the 4x5/6x12 P+S, but I have to try out 6x17 one way or the other. The idea resurfaced one evening when looking at two bottles of Cognac in their wooden cases. The cases looked to be a good starting points for a panoramic camera. There had be some rather peculiar design points. For one the back has to have to slide into place, meaning the pressure plate has to have to be detached from the back. I had to make a light box/mask that can be removed in order to gain access to the film spools (tight fit). I´ve scrounged parts from an old Genos Rapid, the film rollers, the film tensioners, the red film counter window, the winder knob and so on. I've used the same lens and helical (mounted on a Linhof lens board) as for the P+S. Getting the thing light tight was the main challenge, but hey - thats half the fun. Luckily an acquaintance of mine has sent me 10 rolls of expired film I can play around with for testing purposes.

The A E Dor ( I Adore ) case was the better of the two and formed the basis for the light tight chamber. I chamfered the front corners and crafted two hardwood handles for the side walls, one of which has a slit to accept the sliding rear door. I clad front, top and bottom in oak. I made a combined chambre noir and film gate, removable in order to gain access to the film spool holders (very tight fit), the pressure plate can't be attached to the rear door, so is also removable. Not much to it really. 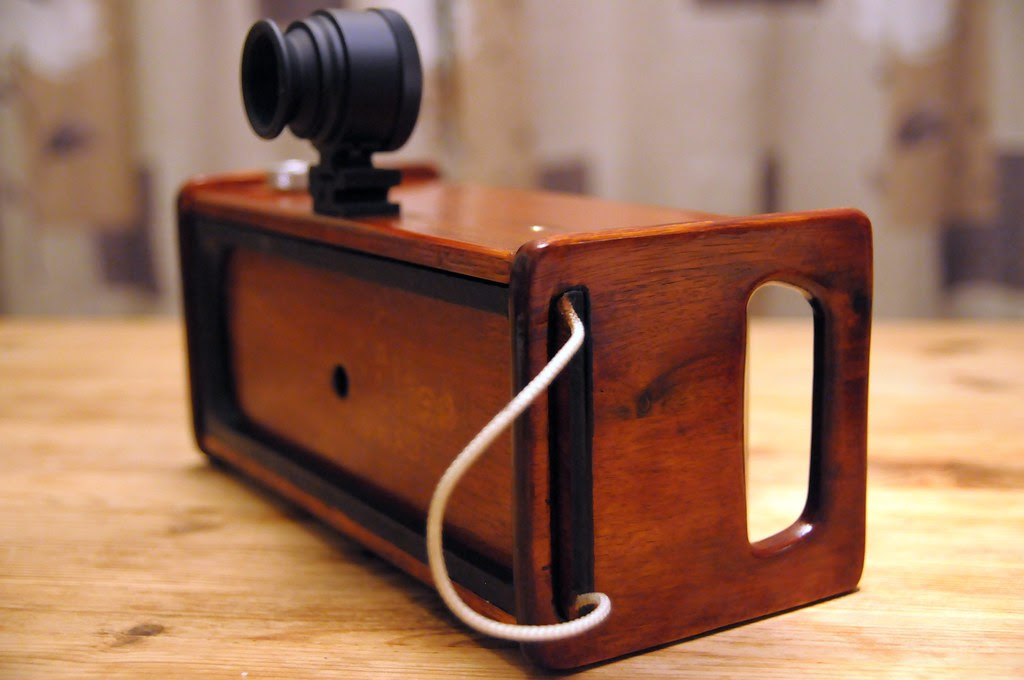 And the first test picture. Forgive the scanning artifacts, I don't have a film holder for 6x17 negs, so it was scanned straight of the glass.